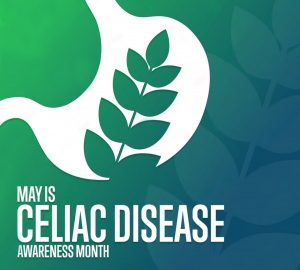 Every May, Celiac Disease Awareness Month increases the public’s knowledge of the autoimmune disorder celiac disease.

In 1985 I was diagnosed with Celiac Disease.  At that time, very little was known about the disease and few doctors in North America were able to properly diagnose it.  I went to 4 doctors that had no idea what I had, went through repeated unpleasant tests until I was referred to one Gastroenterologist who looked at the same x-rays that the previous gastroenterologist looked at, and on the spot told me I was Celiac…  I had no idea what that was, as I had never heard about the disease before.

I was booked for a biopsy a couple of weeks later that confirmed his diagnosis.  I was immediately placed on a gluten free diet and started to gain back the 40 lbs that I had lost while my system was not absorbing any food for the previous few weeks.

Some doctors were thinking at that time that Celiac was a European disease, that it did not exist in North America, but we all know today that they were wrong.

Fast forward to 2018, only a couple of years after founding DNALabs, and the release of our LoveMyHealth test which confirmed my genetic predisposition to Celiac Disease with just a cheek swab – no painful or unpleasant intrusive tests or procedures.

So much is known today about the disease, and so many options are available today to maintain a safe gluten free diet in comparison to 1985 where there was only one store in all of Toronto selling gluten free products that was located inside a hospital.  Going out to dinner was difficult as no one in any restaurant would know what I was talking about, so I had to educate them. Today, most restaurants have gluten free options, and kitchen staff are trained about what gluten is.

With the new release of our FeedMyGenes DNA Diet Playbook, patients who either test positive for celiac disease or a gluten sensitivity, or for those who just prefer going on a gluten-free diet, our recipes offer gluten-free substitutions as well. I am excited about our new product and can’t wait to try it myself! 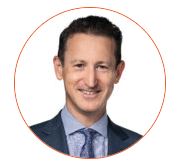