It’s that time of year again… Back to school! For some, this can be an exciting time to see some old friends, to make new ones, and to be able to finally socialize again. Many kids are looking forward to this, especially after the difficult year they had with all the restrictions they had to endure. For other kids, back to school time can be very stressful and can cause anxiety, again, especially after this past year where they had to get used to socially distancing and isolating themselves from their friends.

For me, back to school represents a new beginning and an opportunity to level up some good habits. As we start to get organized and ready to pack lunches again, recognizing the benefits of a good diet can go a long way. I often think of the concept of “food as fuel” – Just as our cars would not run efficiently if we use maple syrup instead of gasoline, how can we expect our kids to excel, be active, and be happy and healthy if their diet was solely maple syrup (actually, this would make my kids very happy and extremely active, at least for a few minutes). Although there are plenty of foods that are generally healthy and nutritious, not all kids are the same and understanding one’s unique potential deficiencies and sensitivities can be beneficial in tailoring their diet to optimize their health and wellbeing. Here are a few examples of how a nutrition and lifestyle DNA test such as LoveMyHealth™ can inform diet and have a positive impact on our kids as they go back to school. Optimizing our health can also help to boost our immune systems, which is especially important as our kids go back to in-person learning.

Detoxification: Our bodies have various detox pathways that need to be running efficiently in order for us to clear out toxic chemicals that we ingest from the food that we eat and from the air we breathe. We also have to detox many unwanted metabolites that we create ourselves as part of regular, everyday biochemical processes. Since a significant amount of illness and disease is caused at least in part by a lifetime accumulation of toxins, it’s especially important to understand how to support our detox pathways at an early age to give ourselves the best chance of reducing our risk of disease. Our genes play a key role in determining the efficiency of our detox pathways, and can help us understand how quick and effective these pathways are likely operating. Depending on our unique genetic variants, there are some minor nutritional and lifestyle adjustments that can make a major difference in helping our bodies achieve a healthy balance.

Glutathione, for example, is an antioxidant produced naturally in the liver and found in every cell in the body, as well as in fruits, vegetables, and meat. Glutathione helps our bodies remove toxins by quenching reactive free radicals, and it is involved in repairing and preventing damage to tissues and important cellular components. Certain genetic variants, for example within genes encoding the glutathione-S-transferase (GST) family of enzymes, have been shown to be associated with the ability to remove toxins using glutathione. Understanding at a young age that one might have a reduced ability to remove toxins using glutathione, can compel them to ensure that their glutathione pathways are well supported throughout their lifetime with a diet containing natural products that support their internal production of glutathione. These include sulforaphane and diindolylmethane (key ingredients in cruciferous vegetables such as broccoli, cauliflower, kale, brussels sprouts, and arugula). Supplements such as N-acetyl-l-cysteine (NAC) and alpha lipoic acid (ALA) will also support our internal production of glutathione. Of course, limiting our exposure to toxins (refrain from smoking, avoid using charcoal or wood for cooking, etc.) is also advised, especially in those with a risk of inefficient detox ability.

Memory: Our memory refers to our ability to store, retain, and remember information, which is obviously especially important for kids going back to school. Memory is an extremely complex psychological processing system, with several working parts involved in encoding and recalling memories. There are also different types of memory, including short-term memory, which helps you recall recent experiences, and long-term memory, which allows you to remember that conversation you had a year, or even a decade ago. Our genetics play a key role in determining the strength of our memory consolidation and recall, as well as our attention span. For example, the DRD2 gene encodes the Dopamine Receptor D2 – a protein that regulates the action of dopamine within the brain, and ultimately affects memory and cognition. Those with certain genetic variants within the DRD2 gene are at risk of having decreased levels of dopamine in the brain, which can negatively impact cognition and memory. Luckily, natural products such as zinc, folate and vitamin B6 can improve dopamine neurotransmission, and supplements such as L-Tyrosine (a precursor of L-DOPA, which is converted to dopamine) can be taken to enhance dopamine levels.

Stress resilience: Stress is a normal part of everyday life. Regulated by the nervous system, it helps us respond to any form of external or internal stressor, including acute stress, trauma, and more chronic adversity, and can be healthy, even beneficial, in moderate amounts. However, when stress resilience is poor, it can interfere with both physical and mental wellbeing, including our cognitive performance. Genetics plays a role in altering our ability to respond to stressful situations. For example, The COMT gene, often referred to as the “warrior/worrier” gene, encodes the COMT enzyme, which metabolizes and detoxifies neurotransmitters and other catecholamines (like estrogen). Those with lower COMT enzyme activity tend to have higher dopamine levels, and the ‘worrier’ phenotype. While ‘worriers’ often have an advantage in processing information and do well on tasks requiring memory and attention, they can also be more vulnerable to high stress. ‘Worriers’ can enhance their COMT activity with natural products such as magnesium, they can increase dopamine clearance with vitamin C, and they can decrease dopamine production with natural products such as L-theanine, chamomile, and lemon balm, or via lifestyle changes to reduce stress including mindfulness, meditation and cognitive behavioural therapy (CBT). Those with higher levels of COMT activity, and therefore lower dopamine levels, are more likely to have the ‘warrior’ phenotype. While ‘warriors’ tend to have better stress resilience and an advantage in the processing of aversive stimuli, they may also experience reduced memory, cognition, and mental task performance. ‘Warriors’ can reduce their COMT activity with natural COMT inhibitors such as quercetin, green tea, and caffeine, or they can promote the production of dopamine with cofactors such as zinc, vitamin B6, and folate. 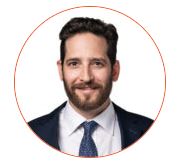