Iron deficiency is common among the general population, however, for some who are genetically susceptible, iron can be detrimental. Hemochromatosis is a rare autosomal recessive disorder that that results from a variation in the hemochromatosis gene (HFE). It affects between 1 in 200 to 1 in 400 individuals of northern European descent causing the body to absorb too much iron from the diet. The excess iron is stored in the body’s tissues and organs, particularly the skin, heart, liver, pancreas, testes, ovaries, and joints. In fertility, iron overload creates oxidative stress, and impairs oocyte maturation, contributing to advanced follicular aging. Because humans cannot increase the excretion of iron, excess iron can overload and eventually damage tissues and organs.

Symptoms usually develop in men between the ages of 40 and 60, while women usually develop symptoms after natural or iatrogenic menopause, depending on the type and severity of hemochromatosis.

Early symptoms of hereditary hemochromatosis may include

Chronic symptoms may include:

Environment and lifestyle factors influence the severity of symptoms including iron supplementation, the amount of iron in the diet, alcohol use, and infections. Identifying carrier status is key to prevent disease onset and complications. Ferritin levels will be high on assessment and will fail to resolve with standard treatments. Treatment includes phlebotomy (blood donation) and limiting iron rich foods and supplements. 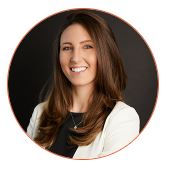